Now that’s something you don’t get to see everyday, especially in Pakistan; little clumps of moss just lying on the sidewalk. I grabbed this opportunity, took a few macro shots of this intricate plant, and upon closer inspection, got lost in the details, wondering how something as innocuous as moss can be so beautiful up-close. 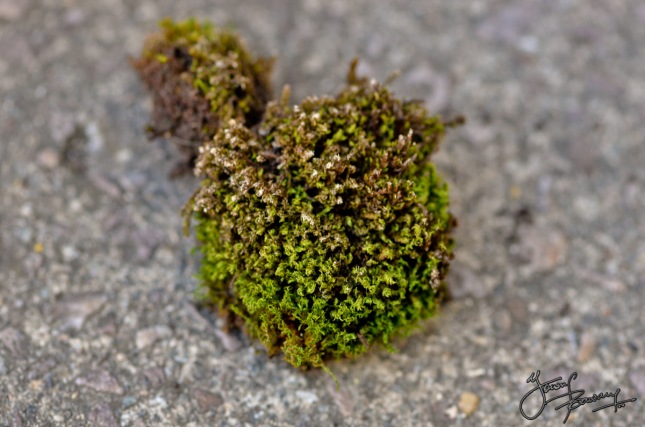 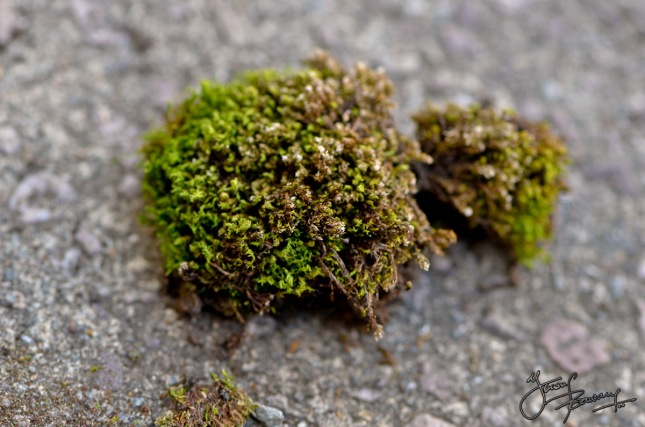 Even though I love doing all the weekly photo challenges, I particularly like the ones where you are SUPPOSED to post a gallery instead of a single entry; something about me being able to express my chaotic self in a better way.

Coming back to this week’s theme, Green. We are hard-wired to respond to this color; after all, it is all around us and kinda hard to miss. From the rain forests to the oceans, vegetables to fruits, I associate green with nature, with tranquility, with divinity.

So without further ado, here’s my humble submission for this week’s theme. Hope you enjoy it. 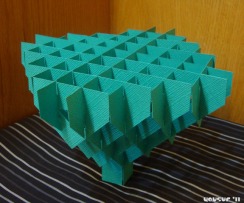 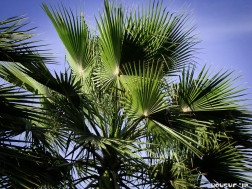 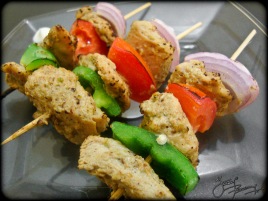 Dreading this day for months, I procrastinated until the very last moment. The inevitability of not being able to travel with a valid passport loomed up ahead. With nowhere to run, nowhere to hide, I dragged my sorry bottom out of bed, all cheery and fresh, with high-hopes of getting my passport renewed. With a skip in my step, I quickly showered, called my brother (who incidentally needed a renewal too) made sure I had all the pre-requisites (CNIC? Check. Old Passport? Check. Yousuf in all his glory? Check.) and sped on towards Awami Markaz, Shahra-e-Faisal; a little optimism never hurt anyone, right?

Even before parking the car, we were surrounded by a myriad of faces, extending their hands towards us like zombies, offering their ‘special’ services. I drove straight through them, luckily without hurting anyone, and parked the car in the lot. As soon as we disembarked the vehicle, the zombies moved in for the kill. “Bhai Sahab, are you here for a passport? We can get it done for you and you won’t even have to get in line.” This always sounds too good to be true and it actually is; these “service providers” don’t come for free. For a small fee ranging anywhere between 1,500 Rupees to Infinity, they can get you a Green Pass even if you don’t have a National Identity Card (a.k.a. the CNIC – the Pakistani equivalent to the US Social Security Card sans the social security).

Five years is a long time to remember the exact process of getting your passport renewed, so after asking a few people for directions, we got in a long line for the token. Turns out, you have to pay the passport renewal fee in advance at a bank three floors up, and bring back a stamped receipt to start the process. my brother’s quick thinking helped us kill two birds with one stone. While I went up to pay the requisite fee, my brother saved us a spot in the long queue in front of the Token counter. By the time I came back with the receipts, my brother had only managed to get half-way towards the counter. Thankfully, we got to the front of the line 20 minutes later. Armed with numbers 121 and 122 respectively, we walked on towards the brimming waiting area for our turn. We decided to stand outside to avoid the over-crowded waiting area and I managed to sneak a peek at the digital counter every now and then. Token 38 turned into 118 about an hour-and-a-half later so we moved in with gusto to be done with the whole process.

Step 1 – Finger-printing: The counter sported an old guy with a bad attitude screaming at everyone who either (a) failed to press their finger hard enough on the scanner or (b) put the wrong finger on the scanner; I associated this attitude of his to either (a) a fight with his wife before checking into work, or (b) a neurological/genetic defect [retard!]. “Right-thumb, Right-index, Left-thumb, Left-index”, I got the scheme memorized so as to avoid pissing the already pissed-off old fart even more. A couple of victims later, I stepped up to the scanner confidently and got the whole thing right on the first try; my brother wasn’t so lucky and was served a slice of the finger-master’s lashing. Shaken and bruised, we moved onto the next counter waiting for our turn.

Step 2 – Photography: This seemingly innocuous step isn’t straightforward at all as you have absolutely no control on how your photo might turn out. Before stepping in front of the camera, I pleadingly looked at my brother to check whether my hair was all set or not. Upon inspection, he told me that a rogue strand of hair was standing vertically on my head, making me resemble Alfa-Alfa (see “List of characters in Little Rascals”). With no water source in sight, I surreptitiously spat on my hand and applied some saliva onto my head; desperate times, desperate measures! Unfortunately, even with my au naturale hair styling, the photo came out to be ghastly. Everyone has good photo-days and bad; like most of my photo-days, this was certainly a bad one. Egad!

Step 3 – Data Entry: Time to reveal all my intimate details. Yes, I am married. Yes, my address has changed. Yes, my wife has a name. Yes, I have a master’s degree. Yes, I have a new phone number. Yes, I am a private employee: one test on which I answered all the questions right. 100/100. A printed form with all my personal details was the end-result of this exercise.

Step 5 – Decision-making: You might notice I skipped Step 4, which was exactly what happened that fateful day. With no one to point me in the right direction, I ended up spending 25 minutes crawling towards the desk that was Step 4.

Step 4 – Black-list Verification: A bearded guy with exceedingly religious looks (i.e. myself) has got to be on this list, right? Even though I have never planned a criminal activity, let alone commit one, I couldn’t help myself from thinking “What if….?”. The endless possibilities loomed in front of me, time slowing down to a trickle. With 150+ beats-per-minute, I handed over my credentials to the old man sitting at the desk for verification. Those were probably the most agonizing 3 minutes of my life. Much ado about nothing, I was handed over a clean bill of health (or should I say “morality”?).

Step 5 – Decision-making (revisited): As I waited in line for my turn at this counter, I couldn’t help but wonder how easily I had gotten to the very last stop on my passport-renewal journey. I was fourth (or was it fifth?) in this line and right in front were two Assistant Directors on either side of the queue. The one on the left looked like a reasonable guy and with crossed fingers, I hoped it was he who would eventually review/approve my case. “Man plans, God decides”; as fate would have it, I ended up in front of Mr. Never-Ending-Mustaches; the wrong guy on the right side. Mustaches gave me a once-over, looked at my application, and asked me what I did for a living. I responded with something that he must have translated as “I earn a lot so feel free to rip me off”. He dug straight into my form/supporting-documents and after scrutinizing it for a few minutes, looked up to me with a twisted grin that said it all; “Gotcha!”. Turns out, my father’s last name on my National ID Card read “Bawani” while that on my old passport was spelled “Bawany”. He told me that I’d have to get my ID corrected (which would take eons) and only then would I be able to renew my passport – there was no way out.

My brother’s fate dealt him a similar hand (albeit a different complication) and we both walked out of the passport office in a zombie-like trance, too shaken to move or talk; grunting was all we could manage to communicate. The service providers must have smelled “defeat” all over us so one of them moved in for the kill. “Bhai Sahab! What’s the problem?“, he inquired. We spun a saga so epic, it welled up tears in his eyes (kidding!). He asked us to wait for him while he went in and talked to Mustaches. He came out a few minutes later saying that if we were ready to pay Rs. 4,000 a piece, he’d get the passport done for us immediately. Bribing is not my thing so I refused to pay him and walked straight to my car, leaving behind a trail of invisible anger-fumes.

What Happened Next?: Karachi has been divided into zones and a different passport office caters to each zone. The next day, I went off to another passport office, outside my zone, and met someone a friend said could help. Not only did I get my application submitted in a jiffy, I also got another chance to get a reasonably good photograph taken (no hair standing). When I had finished the entire process, the person my friend had recommended asked me to pay him some money as his “fee” for (a) all the trouble he had gone through for my application, and (b) greasing the palms of all the people who had helped along the way (all the way from the Peon to the Assistant Director). Back to square one!

Moral of the story: Money’s the solution to everything! If you think you can get something done in Karachi without “gifting” someone, think again. We as a people have become morally dead, accepting things deemed haram as norms. As far as I can see, it’s not bribing, it’s extortion, as without paying up, you will end up going in circles without ever getting what you want. Is this the legacy we want to leave behind for our children? Are these the values we wish to pass on to them? Think about it.

[NOTE: A published version of this blog is available at http://blogs.tribune.com.pk/story/6389/in-pursuit-of-greener-passports/]