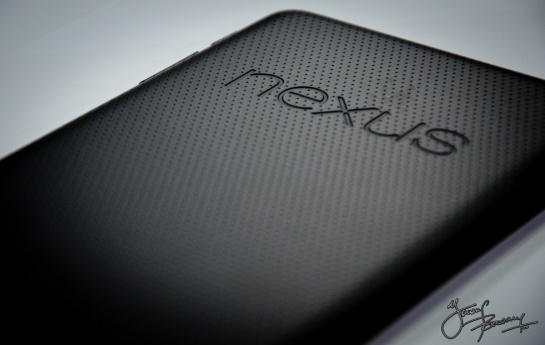 Like all men, I can’t help falling in love with high-tech gadgets so after a lot of deliberation, I finally caved in to peer pressure and splurged on a Chinese (read ‘cheap’) Android 4.0 Ice Cream Sandwich tablet around two months ago. Turns out, it was a bad decision. Barely usable with its debilitated performance, delayed touch response, and apps that took ages to load, I decided to get rid of it. Luckily, I sold it for a 25% loss and purchased Asus’ Google Nexus 7 instead.

Surprisingly though, the Nexus is much cheaper (starting at around 199 USD) than its other ‘branded’ competitors, making it the first choice for people like me who enjoy a good bargain. Asus does sacrifice a few features to bring down the cost of the tablet, like a rear camera and a mini-HDMI port, but what it lacks in features, it makes up with its raw processing power. Showcasing Android Jelly Bean’s latest upgrade (4.2.2) and (mostly) flawless performance, it is, hands down, one of the best tablets around.

Nexus 7 is everything that you’d want in a tablet. With its top-of-the-line quad-core Tegra 3 processor and 1 GB of RAM, this tablet is ideal for playing 3D games, surfing the net and reading books (three things I frequently use this tablet for). My 2-year old daughter absolutely loves playing children’s games on it, so much so that at times, I have to fight it out of her hands.

It has been almost two weeks since I purchased it and most of its 16 GB built-in memory is now full. I do experience a few lags here and there (and understandably so) but overall, it does not disappoint; a solid 4.5 stars out of 5. This is not a complete Nexus 7 review as you’ll find plenty of them online. It’s more of a cautionary tale for anyone planning to buy a cheap Chinese alternative due to budgetary constraints; the Nexus 7 will be totally worth the wait. Trust me!

Here are a few photos of this spectacular creation.