Whoever categorized women as the ‘weaker sex‘ was definitely a moron. In this male-dominated society of ours, women are labeled as pretty half-brained individuals lacking the physical/mental prowess men (supposedly) demonstrate. Maybe men can run or swim faster, but women should be given full credit for what they are capable of. To me, strength is more than just the ability to life weights; it’s about endurance, perseverance and the ability to go on even in the toughest of times. 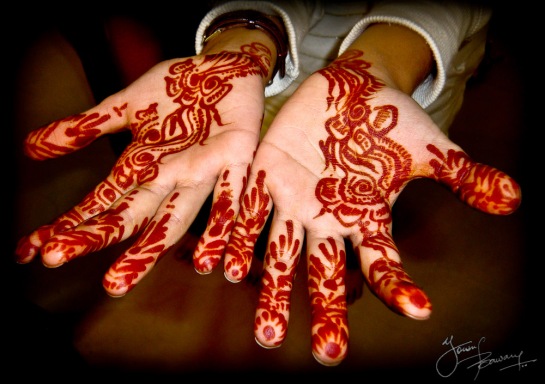 Not Just A Pretty Face

Having been surrounded by so many strong women all my life, I just needed to jot down my personal experiences, my observations of, and my interactions with these amazing individuals. From my grandmother who’s 85+ and going strong to my year-and-a-half-old daughter who’s getting naughtier by the minute, each and every one of these amazing ladies is a constant source of inspiration. The scenarios that I am listing below vary from culture to culture, but if you are a woman, you are sure to relate to some of them.

Women are more susceptible to giving up their dreams for the greater good than men. This act of utter selflessness makes me admire them more every day. It’s the female who sacrifices her passions for raising a family, gives up her dreams so that her children and/or her husband can realize theirs. Rarely have I ever heard about a husband moving to a different continent so that his wife can continue her education, but you see wives relocating, whether it’s for the husband’s education or his job, on a regular basis. The sad part is that it doesn’t end here; we keep on asking them to forswear everything that has the remotest possibility of keeping them happy until all there is left is an empty shell.

After the death of her mother, my grand-mother took care of her six sisters for many years until all of them were married off, all the while raising six daughters of her own. My grandmother passed on the same values to her daughters too. My father’s sudden death was a serious blow to our entire family and would have ripped us apart, if not for my mother, who kept us together, sacrificing her personal needs to fulfill ours. Whatever I am today, I owe it all to her.

I promised myself I won’t be a narrow-minded, self-absorbed, irresponsible imbecile once I grew up, so when it was time to decide between continuing a lucrative career abroad or living closer to my family, I decided to go for the latter. Often, people tell me how stupid I was to leave my last job; then again, I don’t expect them to understand my emotions, my feelings towards my mother and the rest of my family.

2. Women have a lot more endurance

Endurance is all about the ability to control yourself in extreme circumstances, i.e. scenarios you have absolutely no control over. A woman is better suited to deal with such situations compared to a man mainly  because it’s in her very nature to keep up with everything that is thrown her way. Whether she is banned from going to a co-ed college for fear of tarnishing her family honor or forced to live with a domestically violent man she was coerced into marrying, women endure a lot!

To make my point, let us take a look at the stark differences in our lifestyles. A man like me gets off the hook by working 8 hours a day and moaning about it the rest of the time, minus the 8 hours of beauty sleep we so covet. A woman with kids and work, on the other hand, is a force to be reckoned with. She has a 24×7 job with no vacations, no weekends, no breaks. Never have I ever seen someone multitask with such efficiency, a milk bottle in one hand, a dirty diaper in the other, a red pen in the corner of her mouth for marking her student’s exams, all the while talking on the (speaker)phone with the doctor about what the baby’s cough might signify.

To take things in a much literal context, take an everyday life scenario of endurance: pain. We’ve all experienced it, some more so than the others, but when it comes down to the battle of the sexes, studies confirm that females deal better with pain than men [1]. Having witnessed the miracle of birth twice (well, thrice, if you count Stephanie’s Birth), I have to say that delivering a baby is akin to passing a kidney stone the size of a golf-ball; bad analogy, but maybe you’ll get the idea.

3. Women are more adept at demonstrating their emotions

Two terms that you may rarely hear together are ‘men’ and ’emotional mess’; it’s an entirely different story if you substitute the term ‘men’ with ‘women’. Unlike popular belief, I think that the capability of demonstrating emotions is a character strength, and that you are comfortable enough to let your feelings out, positive or otherwise, to everyone [2].

In a society where phrases like ‘boys don’t cry’ and ‘you are a weak little girl’ prevail, we (men) are brought up with the notion that showing some of our feminine emotions is a sign of weakness. We are, however, really good at expressing rage, a trait that demonstrates male dominance and superiority. Being an intelligent species, we need to realize that there is no such thing as a ‘weak’ or a ‘strong’ emotion; the sum of our emotions is what defines our humanity. As parents, it is our duty to shatter these stereotypes, these misconceptions that infiltrate our society, as these not only have a direct impact on our mental health but also on our physical (blood pressure, cardiovascular diseases, etc.) [3].

I don’t let an opportunity to teach go to waste so here’s my two bits: while being overly expressive or repressive are both detrimental to emotional health, we all need to find the right balance of emotional expressiveness for a healthier lifestyle.

4. Women can be a source of strength

The adage ‘Behind every successful man there is a woman’ may not be applicable in all situations, as some people have very rich fathers/father-in-laws backing them, but in my case, it is as true as it gets. Men and women were created to support each other through life. Think of life as a front-wheel-drive vehicle, where women are always marked as the rear-wheels capable of doing nothing but going wherever the front-wheels (i.e. men) drag them. I, on the other hand, have a more symmetric approach to this problem, where men and women are the left and right sides of the car respectively (notice that I labeled women as the right side), each side giving the other a sense of direction and balance while moving towards a destination through mutual consent; it’s a guy thing and I couldn’t help myself from putting in a car reference.

Having said that, I have always found some of the best advice from women around me. My wife, for instance, is my best friend and knows my deepest secrets, my darkest fears, my purest passions, as well as my idiosyncrasies. Whenever I feel lost, she turns into my moral compass, steering me in the right direction. Whenever I’m shattered into a million pieces, and then some, she fixes me, one piece at a time. Whenever I’m crashing and burning, she puts out the fires. She’s the one whose shoulder I lean on, and I make sure she has mine when she needs it.

5. Women keep on going against the tide

We’ve all heard of ‘Eve teasing’, but have you ever heard of the term ‘Adam teasing’? It’s because there is no such thing, except maybe in highly progressive societies. The use of the word ‘Eve’ in the aforementioned phrase signifies the ‘temptress’ nature attributed to females, rendering the term derogatory. Apparently, it is the woman’s fault that she is harassed, their male perpetrators just innocent victims of the woman’s sorcery [4].

In our culture, women have to suffer all their lives with harassment and gender discrimination, turning life into a constant battle. Whether it is boys hooting/whistling at a bus full of college girls, or men making snide innuendos in the presence of female co-workers, this great injustice and violation of basic human rights is prevalent everywhere.

I salute all those brave women who don’t hesitate to slap a man across the face trying to grope them in the bus or in the bazaar, and deliver a tongue-lashing/diatribe that he is sure to remember as long as he lives. Take off your sandals and hit him hard, sister (its even better if you’re wearing stilettos)!

Break Free From The Chains

Suicide rate is, or at least I think it is, one of the socioeconomic indicators that may reflect on the strength of character demonstrated by people in the face of helplessness. So on a whim, I googled for suicide rates by gender: hips may lie, but statistics don’t. According to the World Demographics, there are currently 1.01 males to every female in existence (roughly 50-50), yet the difference in suicide rates is drastic [5]. In support of my argument, the World Health Organization conducted a survey that suggests women having far less suicidal tendencies compared to men [6][7]. I rest my case.

Life in a man’s world can be challenging, to say the least. Seeing how some men treat women can be downright annoying and at times, I feel like we are still living in the pre-Islamic era when females were buried at birth. Haven’t we progressed enough as a society to give women the respect and recognition they deserve? Islam teaches us the lesson of equality, and that in God’s eyes, we shall be tested on the strength of our faith rather than our gender [8][9].

Naturally, this article is an homage to all the strong women in my life; my dear mother, my loving wife, my adorably head-strong daughter, my sweet sister-in-law, and my obstinate best friend (please take this as a compliment). You make my world brighter!

11 thoughts on “Women: Stronger Than You Think”